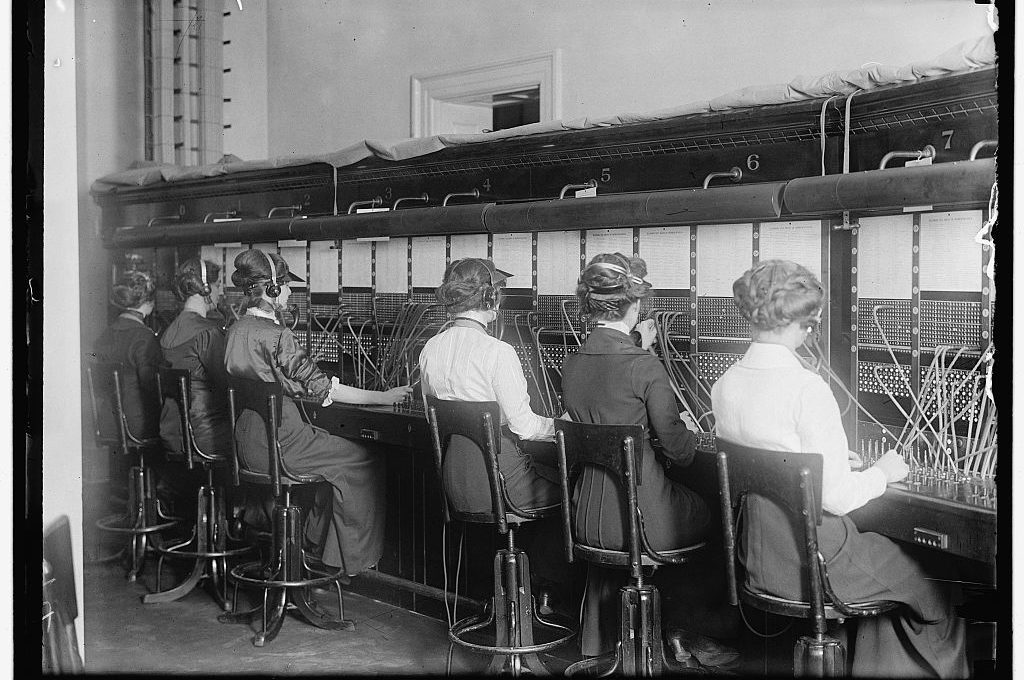 Women at work at the telephone switchboard, 1914, Library of Congress (above)

Want to call Ricky and Lucy Ricardo from I Love Lucy? Pick up the phone and ask for MUrray Hill 5-9975.

Wait, what kind of phone number is this? And why am I not dialing it?

The 2L-5N format, a widely used numbering plan, was a system of using two letters from a central office name with four or five digits, which was designated as 2L-4N or 2L-5N, with L standing for “letters” and N for “numbers”, respectively. This format was introduced in 1920s and eventually phased out by the 1960s. The Ricardo’s MUrray Hill 5-9975 number is actually 685-9975, with the 68, or “MU,” representing the East Side of Manhattan’s telephone exchange. You can read more about the history of phone numbers in popular culture here.

You’d pick up the phone, speak out the letter and number you want to call and the operator would connect you using a switchboard, as shown in this video:

Local calls were simple, but long distance connections became quickly complicated, as they needed more than one operator working together in several different exchanges. There were specially trained long-distance operators who only dealt with those calls. As you can imagine, it was time consuming and complicated to make all the different connections that transferred a call from an exchange in from a city in one state to another city in a different state. Also, keeping track of the various tolls and routes was a complex undertaking, which is why long-distance calls were so expensive to make.

For an idea of how this worked on the backend, watch this historical switchboard operator guide:

The specific words in a phone number used to identify the two-letter codes were recommended by AT&T/Bell in their Notes on Nationwide Dialing, 1955, which was distributed around the country as people started to make long-distance calls. You can find a list of names for each telephone exchange here.

As the telephone system expanded and advanced, the initial format was quickly being phased out. Telephone engineers created a 7-digit system for “all number calling” to expand their pool of possible number combinations. The first 3 digits would correspond to a certain phone service provider, and the last 4 digits would remain as a personal calling code. This made phone numbers both distinguishable enough from one another and easier to remember.

With the amount of phone numbers being created, 7 digits eventually was not enough to handle the demand. And so, 3 more digits were added to the front of the numbers, referred to as an “area code” – the next evolution of the original North American Numbering Plan. What was the first area code? New Jersey’s 201 area code, introduced in 1951. Good news is that NumberBarn has over 50,000+ phone numbers with the 201 area code up for grabs on our website.

Area codes were selected based on the population in that city, and the areas with the largest populations received codes that were easily dialed on a rotary phone. States that needed more than 500 central phone operator offices were split into multiple areas. Each area then received its own code, with the middle digit being “1”, while area codes that covered an entire state kept the digit “0” in the middle, such as with New Jersey. District of Columbia received the second code of 202 and New York City claimed area code 212, with only five pulses, the shortest of all area codes.

However, many people loved the familiar charm of their old telephone exchange names, and groups like the Anti-Digit Dialing League introduced a campaign to argue against the removal of letters from phone numbers. In a 1963 article from The Village Voice, they write:

“What I suggest is that all of you – anywhere in the US – who object to this arrogant attitude of the phone company, to pick up the telephone at any and every opportunity, dial “O” and say to the operator, “I’m dialing to register my vote against digit dialing.”

Stan Freberg, on his 1966 album, Freberg Underground, objected to all digit dialing in song, including this lyric in a song titled, “They Took Away Our Murray Hills“:

While clearly, the phone companies did not change their mind, phone numbers eventually moved to all digits. And, how many of us actually remember our childhood phone number let alone our friend or family member’s phone number? It’s much easier to just click a contact on our SmartPhone, right?

That doesn’t stop us from obtaining a vanity number that ends in a word or phrase that is easy for our callers to remember.

Do you remember the days of switchboard operators and phone numbers with letters? We want to hear your story! Share with us by sending an email. 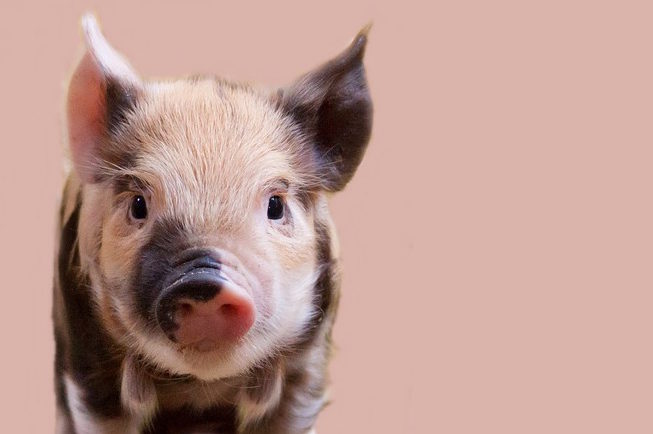