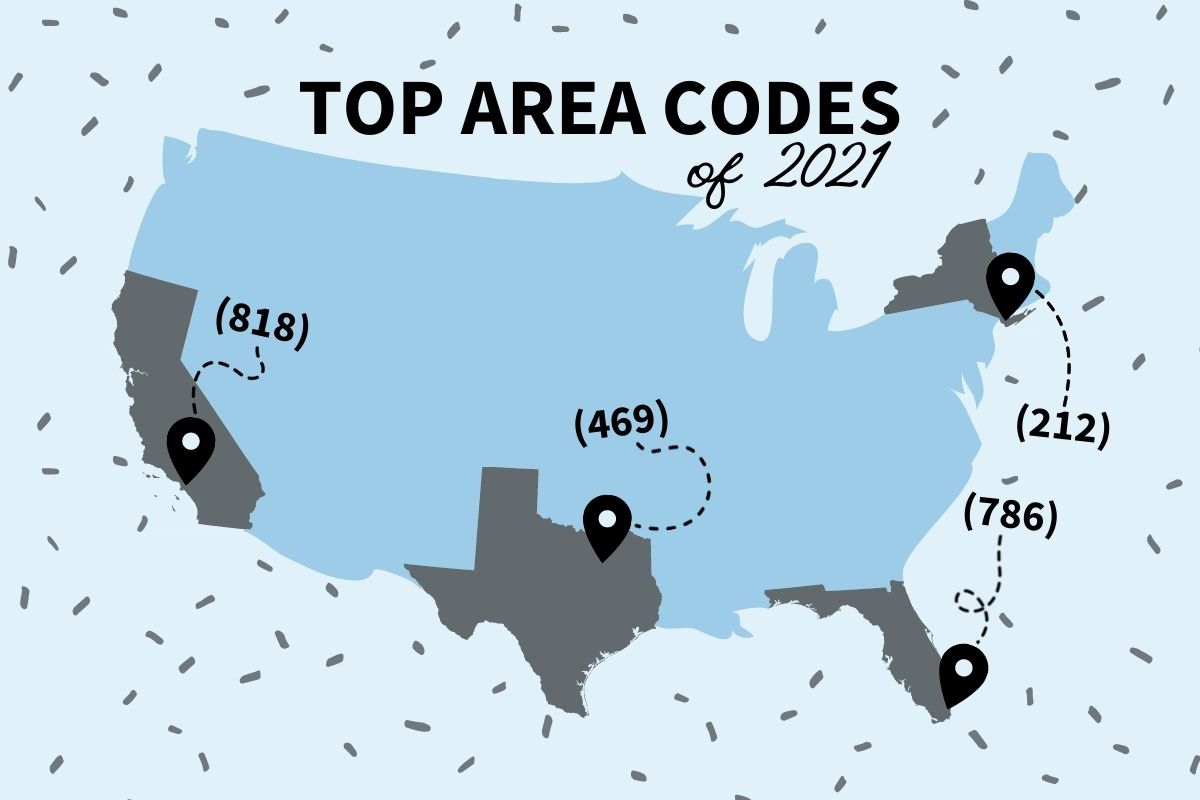 Just like that, 2021 is over. And what a year it was. With COVID-19 and its many variants continuing to impact our country and society, we still pushed ahead the best we could.

Despite the important (and crazy!) events that were generously showered throughout the past year, we’re here to talk about one subject in particular. A subject within an industry that didn’t falter, but flourished in 2021.

Phone numbers were purchased in droves in 2021. So we thought we’d take a closer look more specifically into the most high-value, brokered phone numbers purchased from the NumberBarn marketplace last year and determine which area codes were the most popular.

What’s a brokered number? Phone numbers listed for sale by an individual or vendor and sold via the NumberBarn marketplace, as opposed to purchased or acquired directly from a carrier. These numbers typically sell for much higher prices because they are in greater demand than a general number assigned directly by a carrier. We wanted to explore a little bit more of the why behind what makes these area codes the most desired out of the 317 (and growing) area codes that currently exist.

With no further adieu, we announce the nation’s top area codes of 2021…

We start off our list with 786 taking the title of 15th most desired area code.

Are you surprised that the area code belonging to the most populous city and county in Florida isn’t higher on this list? Well, don’t be. 786 actually serves the same area as another area code on this list (spoiler alert!). 786 was created in 1998 as an overlay to the area’s original area code.

The first of many area codes you’ll see from California. Just beating out 786, 619 takes the spot of 14th most popular area code. And to nobody’s surprise.

Even with California nearing the top of the list of states most people are currently moving out of (by ratio and by volume), San Diego was the only city in The Golden State in which more people moved into than out.1

Of course, Los Angeles is on this list. How could it not be? It has the second-highest population in the United States.2 With L.A. having so many residents, it also has a complex history when it comes to area codes.

818 was eventually split in 1997 to create another code (which I’ll keep a secret until later) and in 2009, the 747 area code was created as an overlay due to the area’s increasing population. How’s that for complicated? And we’ve only scratched the surface…

Hello, Los Angeles! Long time, no see! Yes, L.A. is back with the 424 area code as the 12th-most desired area code in 2021. That’s quite impressive. This area code is only sixteen years old, having been created in 2006.

424 was created as an overlay to the area’s original area code, 310, which didn’t make the list. That goes to show that sometimes, newer is better… or at least more popular.

And we’re back in Florida! Are you starting to notice a trend here?

Not only is Jacksonville seeing an increase in new residents, but Inc.com rates it the 14th best city to start a new business.3 And new businesses mean new phone numbers. With a growing population and more jobs and businesses being created, there’s no reason to question why people are needing phone numbers with the 904 area code.

Let’s go south a bit to Ocala’s area code, 352, our 10th most popular area code. Another example of newer being better, or again, most sought-after.

352 was created in 1995 from the previously mentioned code, 904 (which was created in 1965, thirty years prior!). If it’s so much newer, why are more people buying numbers with that code? Well, there’s the fact that 904 was split two more times into two other area codes giving it a smaller population to service.

The trend continues as we return to California. 909 earns the title of 9th most popular area code.

Since splitting from area code 714 in 1992, 909 was split one other time. And, relief plans are currently in development to avoid exhausting all possible number combinations for this area. While San Bernardino and its surrounding areas don’t stand out as up-and-coming cities, the combination of a demand for phone numbers and lack of available combinations is evidently enough to make 909 a highly desired area code.

We all knew we would get here. After all, New York City has the biggest population in the US.2 So how is it that this area code is only the 8th most popular?

Not only does 212 have the smallest service area of any other area code on this list, but it’s also tied for the most overlays. Area codes 917, 646 and 332 were added in 1992, 1999 and 2017, respectively. Even with having three other area codes to choose from, residents of NYC are more likely to choose 212 since it’s one of the original 86 area codes created in 1947. It’s more recognizable than the other codes.

Why this one placed 7th is a little more perplexing, especially when you take 904 (Jacksonville area code) into consideration. Tampa has a smaller population,2 more people moved out of Tampa in 2021 than moved in,1 and it’s not as popular for new businesses as Jacksonville is.3

Jacksonville may be more populous and 904 may service more counties than Tampa, but when we expand beyond city population to county population, it starts to make more sense.

Duval County, which 904 covers completely, has roughly 1 million people in it (95% of which is taken up by Jacksonville), whereas Tampa’s Hillsborough County has a population of almost 1.5 million.2 Although 813 covers only 97% of the county, that’s still plenty of coverage to justify why 813 is more popular.

You didn’t think we’d leave out Texas from this list, did you? Of course not! Dallas’s 469 area code places 6th on our list of top area codes.

Interestingly enough, 469 is the only area code in Texas that made our list. Not Houston, which has almost twice the population of Dallas.2 Not Austin, which is listed as the number 1 city in the US to start a new business.3

The reason could be that the area that services Dallas and the surrounding cities has 3 area codes covering it, whereas 4 area codes service the Houston area. And those area codes servicing the Dallas area aren’t enough to keep up with the demand since relief planning is in the works to avoid using up all the available phone numbers with the 469 area code.

Let’s start off the top 5 most popular area codes with a shocker: Irvine’s 949 area code.

But this isn’t the only accolade Irvine earned in 2021. Irvine actually made the list of the country’s fastest-growing cities:

“Irvine, a bustling business hub recognized for its safety and schools, has landed on the top 10 list of the country’s fastest-growing cities — the only place in California to make the cut, according to U.S. Census data released Thursday.”

949 also has the luxury of covering a large surface area without having any overlays or splits, which most of its neighboring areas can’t say.

While it makes sense that California’s top area code comes from Los Angeles County, it may come as a shock that it doesn’t come from L.A. proper, but Pasadena. But that shouldn’t be a surprise. While the City of Angels has a population twenty-eight times that of Pasadena,2 the city of Los Angeles is home to six different area codes. (Not to mention many more area codes split from Los Angeles’s original 213 area code, including 949 and 909, both of which also made this list.)

Pasadena and the surrounding cities covered by 626 may not have the most residents, grow as fast as Irvine, or be a start-up hotspot, but the fact that 626 completely monopolizes the area is enough to justify its rank at 4th place.

“Welcome to Miami!” That brings us to our last stop in Florida, and a city we’re already familiar with: Miami. Area code 305 makes the top 3.

With Florida being the 7th most popular state to move to last year with 16.8% more people moving in than out,1 there’s no reason to question why it made our top 15 so many times. As for Miami being the top, aside from its obvious popularity and large population, it could be because it’s also a great place for start-ups. Miami ranked 13th place in Inc.com’s list of top places to start a business.3

Don’t mess with Miami. The fact that Miami’s two area codes made this list could correlate with Miami’s increasing desirability both residentially and occupationally.

Nothing unexpected here. As we stated earlier, New York is the most populous city in the United States. The difference between 212, which only covers Manhattan, and this area code is that 929 services a larger surface area which includes, you guessed it, the rest of the boroughs: the Bronx, Brooklyn, Queens, and Staten Island.

Even though 929 shares its area with 3 other area code overlays, it’s the newest of the bunch at only 11 years old. Goes to show that people can’t resist getting their hands on the latest and greatest.

In case you’re un-aware, surprise…it’s Del-aware! Just when you thought you got the pattern down, you landed here. Yup. The most purchased area code of 2021 is that of the entire state of Delaware… and by a landslide.

Considering they’re only one of eleven states with one area code, it makes sense they’d be at the top. That said, why is 302 the top area code despite Delaware not even reaching the most populous of the singular-area-code states?

Well, we’re not going to make any official claims, but this blurb from delawareinc.com may help make sense of this:

What a fascinating list. There are definitely some area codes on there that we all expected, and others that we never would have predicted. But one thing we can say assuredly: every area code earned their spot and with very good reason.

We may never be able to explain for certain every reason why these were the most popular area codes of 2021, but we can draw some conclusions.

Some of the cities and states associated with their respective area codes line up with last year’s moving trends.1 Many Florida cities saw an influx of new residents, which may indicate why so many Florida cities spanning the whole state were represented on this list.

A good reason other area codes were featured (and perhaps why some weren’t) could be a sign of last year’s business trends. Business owners want their new businesses at an ideal location. These new business owners might see potential in cities, like Jacksonville or Irvine, that aren’t currently dominated by big corporations: San Francisco, Seattle, Chicago, etc.

What it may all come down to could simply relate to population size and market availability. With the growing populations in all of these already highly-populated cities, there are more and more reasons every year to need a new phone number.

We’ve discussed new residents, but there’s also the possibility of current residents needing a new number or adding a second personal number. Every city has new teenagers every year and when they get their first phone, they need a phone number as well. While they may have a say in their unique 7-digits, they may not have a say in their area code depending on their location.

Why do you think these area codes made the list and others didn’t? We’d love to hear your thoughts!

Represent Your Area Code in 2022

There is one thing, however, you have a say in. And that’s what phone number you own. Whether you’re moving, starting a business, or just want a restart in 2022, with NumberBarn, you can choose whatever phone number you want. You can personalize it to spell a word (your business or name) or choose numbers that have significance to you (anniversary or lucky number).

And the beauty is with us, you can rep your favorite area code, regardless of where you live, and possibly see it top the charts in 2022’s most popular area codes.

NumberBarn’s study of The Most Popular Area Codes of 2021 looked at brokered-phone numbers purchased in the U.S. in 2021 from the NumberBarn.com marketplace. 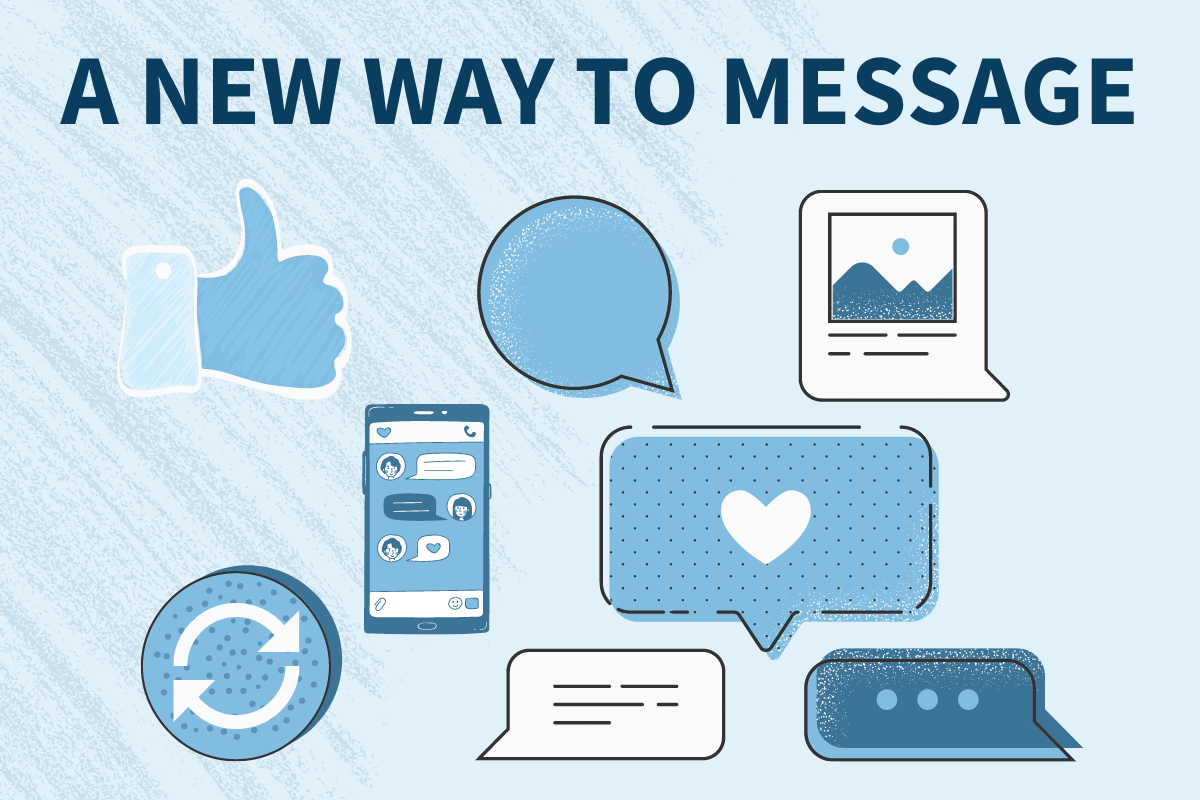