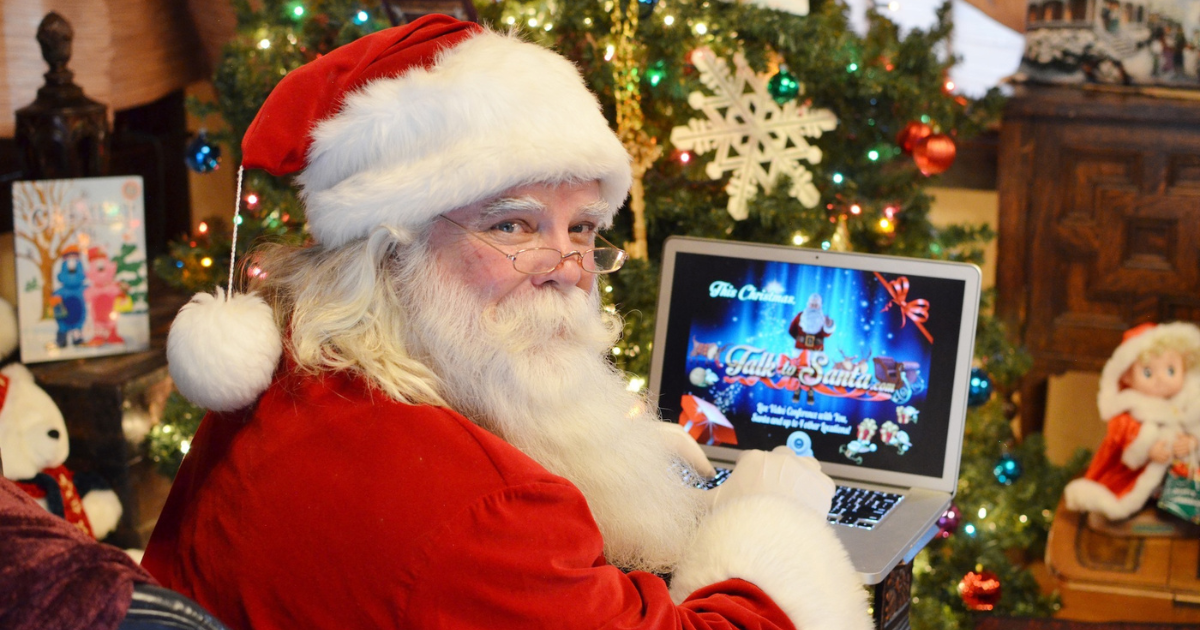 “Santa! We know him!!!” Ok, well maybe not quite Santa but we’re definitely “in” with his closest circle. It’s not everyday you get to talk to Santa’s Head Elf, but what can we say…we know people (and elves.) Even more wild, did you know that you, your children, your relatives and even your coworkers can actually talk to the big guy himself this holiday season?

Christmas Cheer For All to Hear

It’s a full-scale operation for “Talk to Santa,” working 24 / 7 alongside a team of 16 stateside elves (and more internationally) to help keep Santa on schedule for the exciting day. His faithful staff have enabled Santa’s systems so that he can chat with you personally. His elf tech team has ensured he’s dialed in to take calls on his custom NumberBarn number, 517-HI SANTA.

All I Want for Christmas…

He’s receiving and organizing priceless wish lists from kids around the world. His international team of elves is busy transcribing and translating them to send straight to Mr. Claus.

“Children can call in from anywhere in the world and leave their wish list, and Santa’s elves will transcribe it so it’s ready to go right where it needs to,” Elf Mike explains. After a child calls in their wish list, when families schedule a call through “Talk to Santa,” Santa can let them know he’s already considering everything they’ve asked for. He’ll even mention a few of those special items in the call, just to let your child know he’s taken notes and paying attention.

Thanks to global interconnectivity, “Talk to Santa” live video calls can “invite people from all around the world to join in,” Elf Mike explains. “Grandma might not be able to go visit Santa at the mall with you in San Jose if she’s in New York, Aunt Christine might be in Miami and an uncle in Tokyo, but they can all be a part of a live video call with Santa.” The “Talk to Santa” website even has a special section just for kids. They can watch Santa read a Christmas story, learn more about North Pole FAQ’S, and even enter to win something special from his annual give-away contest.

Santa’s Helpers Go Above & Beyond

Head Elf and CEO (Chief Elf Officer), Mike, (sorry, elves only operate on a first-name basis) works long hours to keep Santa’s teams in gear when October 1st strikes. There’s no stopping the high demand to interact with Santa until Dec. 26th. Mike’s elf teams work around the clock to make sure every critical piece of infrastructure up in the North Pole works efficiently and effectively.

Santa’s technical staff has deployed a plethora of clever resources to help you reach, track, and converse with Santa this holiday season. From letters from Santa, a pre-recorded message from Santa, and the Live Video Chat, “Talk to Santa” has everything you need to interact with Santa himself.

Besides receiving wish lists from across the globe, Santa’s also keeping tight records of who is on the Nice List. And since the list frequently changes, when you book a call with him, his advanced and intuitive systems can help him look up exactly which list you fall on at the moment.

He can even offer suggestions to help bump you onto the Nice List if necessary. (Elf Mike took a peek at the List on my behalf, letting me know I was “at about an 8.6 on the Nice List and about a 9.8 on the quality of person score.” I asked him for more specifics about how to keep my place or improve my score on the Nice List, and he let me know that I “needed to maybe try to go to sleep earlier.” I do try to get a good night’s sleep, but I can’t say he’s wrong either!)

Early access to the Nice List gives teachers, parents, staff and work communities useful insight into what they need to work on to stay in good form and character.

“Santa wants to make sure everyone’s on the Nice List. So once a week he emails out a video on how to stay on the Nice List. Moms or the kids can play it,” Mike says. “If you sign up for the North Pole newsletter, right now for every week from until Christmas, he gives all the tips on what you should do. Listen to your parents and make sure you pick up your toys and things like that.”

Santa Claus is Coming to… Zoom?

Teachers can also arrange for a call with Santa and their classrooms. Teachers can “invite Santa to a classroom and surprise the students with a live video chat with Santa. Santa will do a 10-15 minute video chat, and what is amazing is he knows ‘everything’ about the classroom! Each student receives an invitation to the chat and a Nice List certificate,” Mike shares. “Santa knows things about the class, good behaviors, who isn’t doing their homework, etc. and can give some great input for students to make sure they make the Nice List.”

The “Talk to Santa” experience also creates a lifetime memory, providing a copy of the video call after it’s finished. “It’s about a 10-minute video typically. The elves’ video processing department will take that video and put it together in a really nice format and people can save it forever, so they can show it when the kids get married, etc.”

“It’s not only for children,” Elf Mike clarifies. Santa has had the unique opportunity to help facilitate an engagement proposal, and even a birth announcement. At the end of one call, Santa had the honor of informing the caller’s husband that “oh, by the way, I have some other exciting news for you, and it’s not about your sports team. You’re going to be a dad!”

Whatever you do, don’t miss the Santa Tracker which lets you know exactly when and where in the night sky to look for Santa’s sleigh. And it’s not just on Christmas Eve! “Yeah, we take it out for test drives,” Elf Mike divulges. “Not every night, but there’s a lot of times especially right now we’re always tuning it up. And so sometimes somebody else will take it out. You know, Santa’s got a whole team to just make sure the reindeer are all ready to go. And the sleigh is always functional for Christmas Eve.”

Simply type in your zip code and receive Santa’s coordinates and times where his sleigh will pass by. It might look fairly faint but the chances are high that you’ll see it …Blitzen… across the twilight sky if you know exactly where and when to look for it.

“We’ll tell you what time to go outside and which direction to look. You can see the sleigh actually fly over. It’d be a big bright light zipping right along. It’s not flashing and it’s doing about oh, 17,500 miles an hour. And that’s right now because the reindeer aren’t home turbo driving. They drive a little slower you know, in the offseason, but they don’t really leave much faster than Christmas Eve. It’s about 204 miles up in the air. You typically switch to cruising altitude in the rain.” We were notably impressed and curious about the Santa Tracker. While we did learn a few more details, some of Santa’s secrets will have to remain proprietary.

Make Sure You Have a Wonderful Christmastime

As you can guess, everyone wants to talk to Santa on Christmas Eve. But “that’s a busy day for Santa, it’s like prime time and we’ve got air traffic control running up here in the North Pole for him. So he’s got very, very limited availability on Christmas Eve,” Mike confirms. So it’s best to try not to wait until the last minute to schedule your call with Santa.

Though the holidays are filling up fast for calls with Santa, there’s no claus for alarm;). Elf Mike says that “if you can’t find the time that you’re looking for, you can actually make a special request and we usually have the ability to make that happen, because this kind of magic we pull up here in the North Pole.” Sounds like they’ll try their best to accommodate you, right in the St. Nic of time!

Like “517 HI SANTA,” we love the creative ways our customers use their vanity phone numbers. Get your own unique and memorable number today starting at just $5 bucks (not to be confused with Rudolph and Dasher and Donner, and Prancer and Vixen). 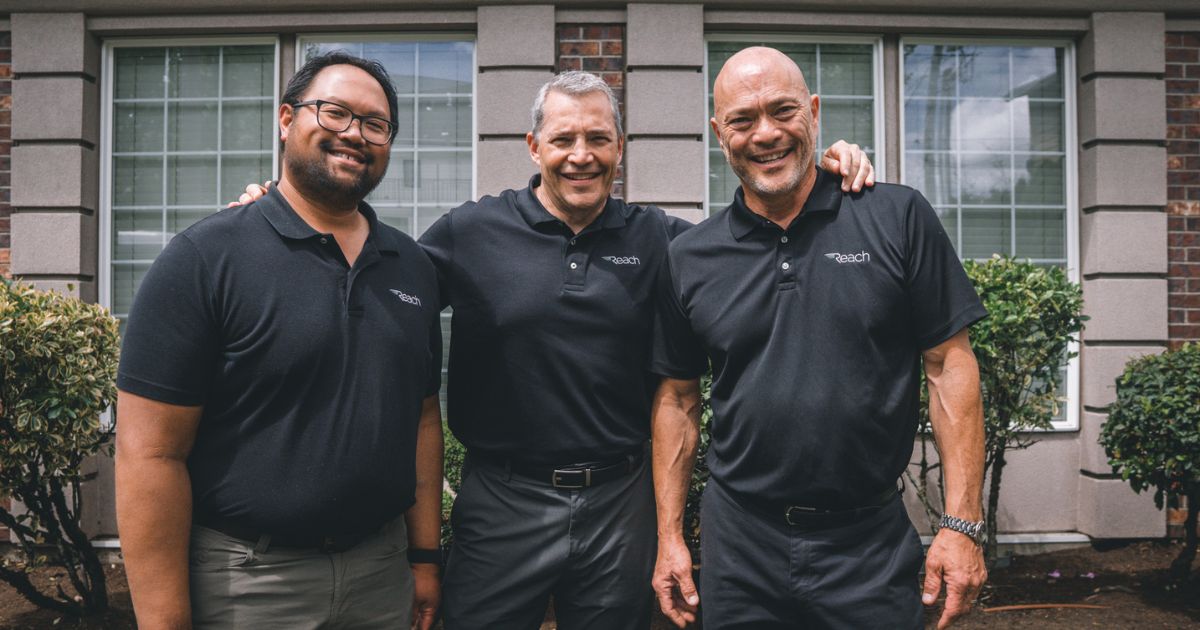